Can You Recognize Narcissism When You See It? 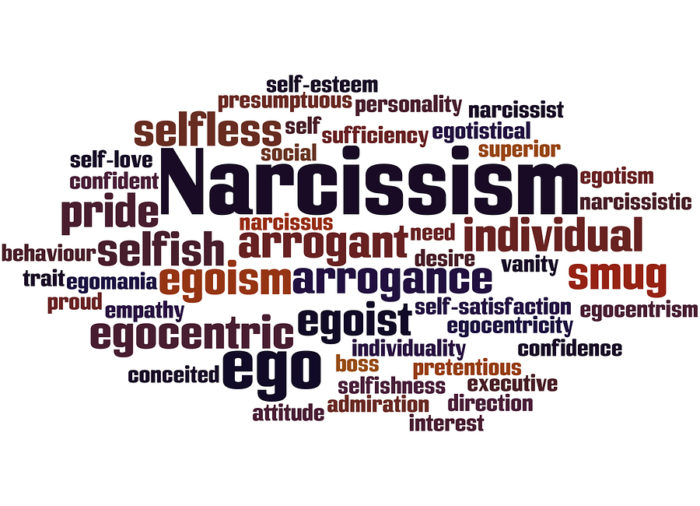 It’s been said that to be an effective leader requires a strong ego. Even a cursory examination of today’s movie stars, professional athletes, business leaders, politicians, and to a degree, pastors, seems to support this supposition. Possibly this is because you need a strong ego to survive the scrutiny and criticism that comes with being in the public eye, and the challenges and failures that come with leadership.

But when does a strong ego become unhealthy and dysfunctional? When does an air of confidence and strong self-esteem cross the line into narcissism?  With narcissistic personality disorders on the rise, it is increasingly necessary for leaders to recognize the symptoms of this disorder when they see them, and to act promptly and decisively with professional help when it surfaces in themselves, their churches, and their organizations.

Below is a brief definition and list of symptoms of a narcissistic personality compiled by the Mayo Clinic.

Narcissistic personality disorder is a mental disorder in which people have an inflated sense of their own importance and a deep need for admiration. Those with narcissistic personality disorder believe that they’re superior to others and have little regard for other people’s feelings. But behind this mask of ultra-confidence lies a fragile self-esteem, vulnerable to the slightest criticism.

Narcissistic personality disorder symptoms may include:

•    Believing that you’re better than others

•    Fantasizing about power, success and attractiveness

•    Exaggerating your achievements or talents

•    Failing to recognize other people’s emotions and feelings

•    Expecting others to go along with your ideas and plans

•    Taking advantage of others

•    Expressing disdain for those you feel are inferior

•    Being jealous of others

•    Believing that others are jealous of you

•    Being easily hurt and rejected

•    Having a fragile self-esteem

•    Appearing as tough-minded or unemotional

When you have narcissistic personality disorder, you may come across as conceited, boastful or pretentious. You often monopolize conversations. You may belittle or look down on people you perceive as inferior. You may have a sense of entitlement. And when you don’t receive the special treatment to which you feel entitled, you may become very impatient or angry. You may insist on having “the best” of everything — the best car, athletic club, medical care or social circles, for instance.

But underneath all this behavior often lies a fragile self-esteem. You have trouble handling anything that may be perceived as criticism. You may have a sense of secret shame and humiliation. And in order to make yourself feel better, you may react with rage or contempt and efforts to belittle the other person to make yourself appear better.

Narcissistic personality disorder treatment is most effective when it is centered on psychotherapy.

Posted on June 4, 2019
Tags: narcissism in the churchnarcissistic personalities in church leadership