Shepherds Who Prey On Their Flock 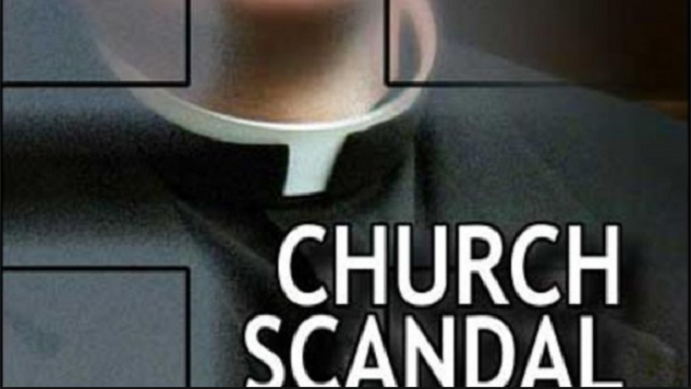 2018 has seen three religious institutions rocked by clergy sexual abuse allegations and cover up scandals – the Catholic Church, the Protestant Church, and Shambhala Buddhism. Recently the Catholic Church was sent reeling with yet another report of sexual abuse and cover-up, this time by over 300 priests in Pennsylvania. Willow Creek Community Church has spent the better part of the year dealing with the fallout from the allegations of 10 women accusing founding Pastor Bill Hybels of sexual misconduct. Earlier this year, the Shambhala Tibetan Buddhist community acknowledged multiple allegations of sexual abuse by its leader, Sakyong Mipham.

Appalled, outraged, horrified, devastated, sickened, and disbelief don’t begin to describe the feelings of everyone touched by these religious scandals. Yet, touched we are. So, what do we do with it? Are there commonalities in these three and other similar situations that church leaders can learn from? I believe there are.

Patriarchy, Hierarchy, and Spirituality Can Create A Toxic Triad

All three institutions mentioned above are patriarchal, hierarchal, and spiritual cultures. Let’s take a look at how this might contribute to the problem.

Collectively, these characteristics can create an unhealthy distance between clergy and laity, and apparently, between clergy and the God they serve. This separation can contribute to a culture where church leaders are entitled, never suspected, seldom questioned, and are made exempt from standards of behavior, accountability, and responsibility. It is increasingly evident that this mix can become a toxic triad that allows all types of abuses to flourish.

Though clergy sexual abuse is headline producing, bullying, controlling, domination, and emotional abuse are less visible but more prevalent, and arguably, more damaging to more people. And, the church is floundering in how to respond to these shepherds who abuse and prey on their flock.

A Flawed And Predictable Pattern of Response To Clergy Sexual Abuse

Clergy sexual abuse allegations have surfaced with sufficient regularity that the pattern of response from church leadership has become predictable. It goes something like this.

Cover Up – Church leaders first attempt to hide the incident, ignore it all together, or casually sweep it under the rug, avowedly in the hopes of protecting the church and the career and family of the accused leader.

Deny, Deflect, and Defame – When accusations begin to surface church leaders choose to not believe the accuser, attempt to explain away or deflect the blame to some other person or circumstance, or defame the character of the accuser.

Ineffective Investigation – When outside pressures mount an internal investigation is launched, which is usually biased and rarely thorough enough to uncover all the relevant facts.

Incremental Revelation – Findings of the investigation are publically released incrementally as pressure grows and new accusations surface, with each new revelation further discrediting the church leaders.

Failing to Act Decisively – First attempts at disciplining the offender are usually perceived as too merciful and generous. Only after increased outside pressure and new revelations are more decisive steps taken to bring about justice.

Lame Apologies – Church leaders initially fail to own their part in the offense or offer sincere sympathy, regrets, or reparation for the victims. This insensitivity adds to the wounds of the victims, causes church members to feel betrayed and leave in disgust, and discredits the church in the eyes of the community and world.

We’ve seen this pattern enough, with the accompanying life and organization altering ramifications, that there are no excuses for church leaders to follow a similar template when confronted with allegations of church leader abuse.

The Root Cause – Little Or No Accountability

A recent ABC World News Tonight report on the accusation the Pope knew of yet covered up allegations of sexual abuse, provides insight into the root cause of this systemic problem. At the end of his segment, the reporter said, “Some of these things are questions that only the Pope can answer. But who has the authority to ask him?”

Who has the authority to question our church leaders? We all do! Yet, with each new church scandal it becomes painfully evident that the typical church either doesn’t want to, know how to, or believe it is necessary to hold leaders accountable. Held accountable for what? Let me put forth three areas that if leaders were held more accountable for we would see a dramatic decline in church scandals.

Now that we know just how much toxicity exists in the church we must all be responsible for solutions. We cannot remain in the church and pretend that things don’t need to change.

The Solutions Are Both Organic And Organizational

As first steps we need a stronger emphasis on clergy soul care, for at its core, abuse of all forms is a spiritual problem. Further, full accountability, honesty, and transparency, is needed all the way up and down the church organizational ladder. Light is an antiseptic and needs to shine brightly in all dark corners of the church. Authoritarianism is contrary to the Gospel, so we must denounce the kind of authoritarian thinking that has made the privileged clergy hierarchy possible and has shielded abusers and their enablers from accountability. We need an empowered laity, a revitalized theology of the priesthood of all believers, and involvement of spirit filled laypersons in all aspects of church governance, minister and ministry oversight, finances, and discipline. We must all speak up and speak out as our conscience dictates. We must engage in robust conversations about healthy spirituality and toxic religion. We must confront dysfunctional systems of power, offensive ideas and conversations about gender and sexuality, and a hierarchy of church leadership that dominates rather than serves.

These are but first steps. More are required. We cannot give into cynicism or defeatist thinking, or rely upon denomination heads to save us. It’s up to the everyday rank and file church members and the multitudes of humble and healthy clergy who do shepherd well to lead the way.