What Church Leaders Should Know About Highly Sensitive Persons 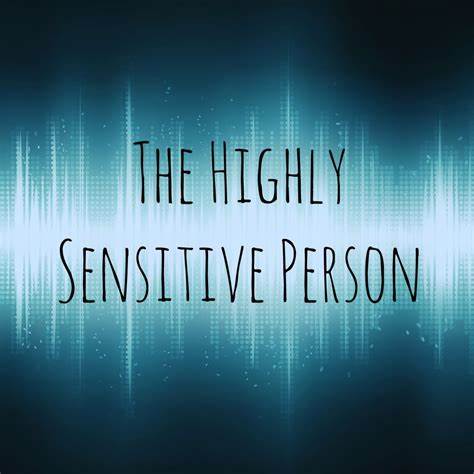 What Is a Highly Sensitive Person? The definition of a highly sensitive person is someone who experiences acute physical, mental, or emotional responses to stimuli. This can include external stimuli, like sounds, surroundings, and people, or internal stimuli, like thoughts, emotions and realizations. While everyone feels sensitive at times, and everyone reacts to stimuli to some degree, a highly sensitive person experiences a much greater response.

A highly sensitive person experiences the world differently due to genetic differences they are born with. HSP’s are more aware of subtleties and process information deeply. This means they tend to be creative, insightful, intuitive, empathetic, and highly aware of the needs of others, so much so that many thrive in careers as ministers, therapists, counsellors, artists, musicians, and writers. But, it also means they’re often more prone to stress and becoming overwhelmed. Therefore, HSP’s are frequently misunderstood….all the more reason for church leaders to be well informed about highly sensitive people.

Church staffs and membership rolls are filled with highly sensitive people. Here are important facts that every church leader should know about HSP’s:

Being highly sensitive is a normal trait. High sensitivity is a biological trait found in over 100 species, from cats to birds to horses. Approximately 15 to 20 percent of the human population has the gene that makes them highly sensitive. And, because HSP’s are sensitive to spiritual matters, those percentages are most likely considerably higher in the local church.

High sensitivity is a real, research-based characteristic. In psychology, anyone who tests as having a very high degree of Sensory Processing Sensitivity (SPS), a personality trait, is considered highly sensitive. SPS is the trait of deeply processing experiences and stimuli, and a person with high SPS has differences at the neural level.

HSP’s tend to process information more deeply than others. It means that their nervous system is processing every piece of information over and over, often magnifying it. This is the foundational trait of highly sensitive people, and it’s what contributes to HSP’s sense of “burnout” or overload.

HSP’s are highly attuned to their environment. Loud, crowded, or visually busy spaces can also overwhelm sensitive people — any strong sensory input can. This also means that HSP’s have a stronger reaction to both positive and negative experiences. Positive settings help propel HSP’s into a good emotional state, while negative settings can plunge them into a depressed emotional state.

HSP’s are highly empathetic. HSP’s are more aware of the emotions of others, they think about what others need, and they are concerned with helping others. For an HSP, the experience of empathy is not just understanding someone’s emotions. Many HSP’s feel that they absorb emotions even when someone isn’t visibly expressing them, or pick up on emotions from places as well as people, which may leave them emotionally exhausted.

HSP’s are prone to exhaustion. Processing every sight, sound and detail, all the time, is exhausting. Since an HSP will take in and think about stimulations that most people never even notice, it’s only natural that an HSP will feel exhausted in situations where others feel fine.

HSP’s are sensitive to subtleties. HSP’s are naturals when it comes to picking up on subtle cues or stimuli that others miss. HSP’s will notice small sounds, tiny distractions, smells, or tastes that others don’t seem to even be aware of. Most church office, worship, discipleship, and fellowship spaces are designed for people who aren’t distracted or bothered by such stimuli, but can lead to overstimulation for an HSP.

Next week we will examine why the church needs and how to effectively utilize highly sensitive people.