Are You More Goal Or Role Oriented? 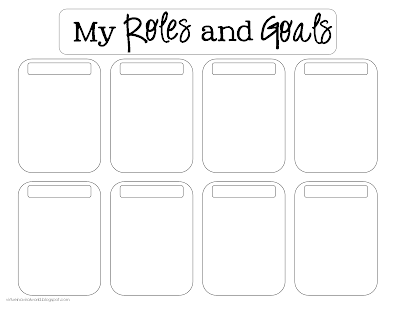 In determining one’s life calling and truest self, many questions should be addressed. But maybe none as important as the question, “are you a more goal oriented, or a more role oriented person?” How you answer that question will impact critical decisions throughout your life.

For purposes of this discussion, let’s take a closer look at the definitions for goals and roles. Understanding the difference is foundational to determining which will dominate your life.

Goals: A goal is the end toward which effort is directed, often expressed as an intention, ambition, dream, or ideal. Goals suggest an intentionality toward attaining, achieving, or accomplishing something. A person might have goals in many aspects of life, such as job, family, church, health, and self-development. For example, a person might have a job goal to become an Executive Pastor and a family goal to be a better father.

Roles: A role is a pattern of behavior expected of or associated with a certain position or status. Also, it can be a pattern of behavior that is either assigned or required to achieve a particular goal. As with goals, a person has expected roles within the same aspects of life that they have goals. For example, the person above would be expected to be an effective supervisor, lead meetings well, and have a strong work ethic to achieve their goal of becoming an Executive Pastor. The behaviors that would reflect their goal of becoming a better father might see them keep flexible job hours and spend their days off with their children. These are the roles or the ways the person must conduct himself to achieve his goals.

Determining whether goals or roles will drive your life is one of life’s most crucial decisions.

The Close Relationship Between Goals And Roles

Success in any aspect of life demands that certain roles are played. By the same token, the choice of certain roles will determine what goals are attainable. Therefore, there is an inevitable and unavoidable connectedness between goals and roles. What you decide in one will directly impact the other. In other words, you can’t change one without changing the other.

Goal and role dissonance. Because we have many different goals and roles in our lives, conflict and trade-offs are inevitable. For example job goals and roles often conflict with family goals and roles. In the previous example, the person’s goal of becoming an Executive Pastor and a better parent may be in conflict with each other because of the long hours required of an Executive Pastor. Simply put, he can’t live out the behaviors required to successfully achieve both goals. Sometimes we have to choose one over the other because we can’t do both.

Because goals determine roles and vice versa, one of the two will dominate. If goals drive your life, then you will be willing to accept the roles required to achieve those goals. You are willing to pay the price to achieve success and get where you want to go. If roles dominate, then you will be willing to change goals rather than play roles you’re unwilling to play. You are more concerned with the intrinsic value, or of being true to yourself, than where those roles might lead you. You are not willing to commit yourself unconditionally to do whatever is required to reach your goals.

Your predilection will manifest itself in the decisions you make, the advice you give, the assignments you accept, and the jobs you choose. In the end you will want to identify which drives you, then strive for maximum synergy and harmony between the roles you play and the goals you pursue.

I first met Jim Baker when I was 12 and he was my basketball coach.  He was a great coach, but the memory that I carry today is that he cared about me as a person. For nearly 4 decades he has been a phone call away! Jim Baker brings in-the-trenches experience, practical help, excellent people skills, inspired communication and a passion for the local church and her ministers. Whether you know it or not, you ALWAYS need a coach. The Lord blessed me with one of the best.