Does Christianity Really Have Mystical Foundations? 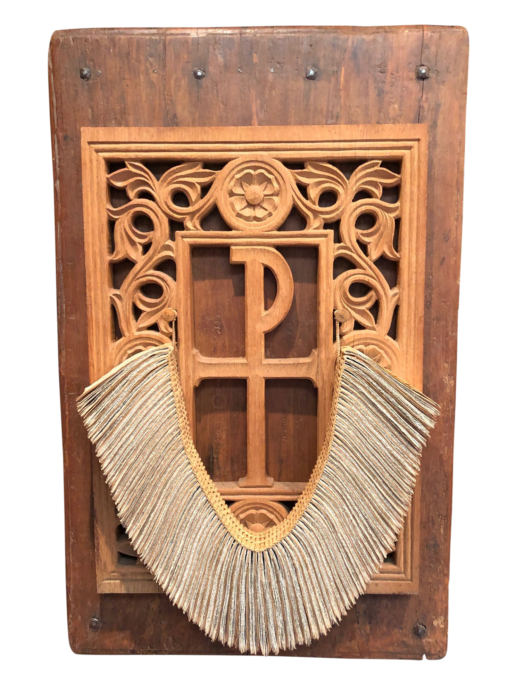 If Western Christianity does not discover its mystical foundations and roots, we might as well close the church doors–Rahner

In the early 1960s, Jesuit theologian Karl Rahner (1904-1984) stated that if Western Christianity did not rediscover its mystical foundations, we might as well close the doors of the churches because we had lost the primary reason for our existence and had nothing transformational to offer the world. In fact, he famously remarked that “the Christian of the future will be a mystic or will not exist at all.” Most of us from a Protestant Evangelical background don’t have a clue about what Rahner was referencing. In fact, not only do we not understand, we may even have a fear of mystics, mysticism, and mystical experiences.

Regretfully, it wasn’t until after I had grown up in the church, received a seminary degree, and served the local church for over 30 years that I was introduced to mysticism and mystical writers. My parents, pastors, and professors never introduced me to the mystics. Nor did my denomination’s book stores carry books by the mystics. Most Christian churches I knew of rarely or never mention the mystical life. The emphasis of the religious life of the faithful church goer was decidedly on the corporate and devotional levels, while the contemplative and mystical experiences were neglected. Like most folks raised in a mainstream denominational context, I had no idea that Christianity had such a rich history of men and women who experienced live-changing mystical encounters with God, nor did I have any sense that such a tradition had remained vibrant today.

Fortunately, I was married to a woman who was broader and more adventuresome in her spiritual journey than I and introduced me to the mystics. And, I was blessed to serve with people who read the mystics and acknowledged that the Bible and life is full of “mystery” and understood that Western Christianity has its roots in mysticism.

What Are The Roots Of Mysticism?

Carl McColman, author of, The Big Book of Christian Mysticism, provides the etymology of the word mystic. “The Greek root for mystic and mysticism is mueo, which means to shut or to close. The “shutting” or “closing” quality of mueo implied keeping the secrets or mysteries hidden, locked away in the heart or mind. The writers of the New Testament adapted this language for Christian purposes. The first Christian mystics appear in figures like John the Evangelist and Paul of Tarsus and appear in every century of Christian history. Among these early Christians, the idea of mystery referred not so much to what is secret as to what is hidden. And topping the list of hidden things is God . . . : as the prophet Isaiah wrote, “Truly, you are a God who hides” (Isaiah 45:15). Meanwhile, Jesus represented the hidden things of God made manifest—and not only in Christ himself, but also in his followers, who were said to be part of his “body.”

Therefore, mystery in Christianity involves the hidden things of God made manifest, or revealed, in the inner hearts and minds and spirituality of those who love God and follow Christ. Andrew Harvey says this of mysticism, “This unfathomable mystery is beyond name and beyond form; no name or form, no dogma, philosophy or set of rituals can ever express it fully. It always transcends anything that can be said of it and remains always unstained by any of our human attempts to limit or exploit it.”

So, the Bible is full of people who had mystical experiences and Christianity is rooted in unfathomable mystery and is built upon at least two mystical teachings. First, that Jesus is both fully human and fully divine, and that Jesus is literally one with God. It doesn’t get more mysterious or mystical than that.

Who Are The Mystics?

For a variety of historical, social, and political reasons, Christian mystics have always existed on the margins of the church. So, the mystics and their teachings are, in a very real way, one of Christianity’s best-kept secrets. Again, I quote Carl McColman, “Out of the deserts came the first monasteries, intentional communities of Christians who sought to give their entire lives to God. As this movement caught on throughout the Christian world, it became a natural home for great mystics and visionaries; and, indeed, nearly all of the great mystics between the fifth and the fifteenth centuries lived as monks or nuns. But with the dawn of the modern era—and the social changes such as the Renaissance and the Reformation in particular—monasteries became less central to Catholic Christianity and were largely rejected by the Protestant churches, so in recent centuries more mystics have emerged who did not live in a cloister.”

The writings on the inner spiritual life of early Christian mystics, such as Francis and Clare of Assisi, Julian of Norwich, Meister Eckhart, John of the Cross, and Teresa of Ávila, have had a profound impact on the mystical movement. Regretfully, the Enlightenment with its emphasis on rational and scientific reasoning doomed the mystical movement to the far edges of Christianity for over 400 years. Fortunately though, by the twentieth century, several well-known figures, such as Evelyn Underhill, Karl Rahner, Thomas Merton, and Henri Nouwen began to insist that mysticism was not just a special quality for the “elite” Christians found centuries ago in abbeys or convents, but rather everyone is meant to be an “everyday mystic.” Carmelite friar William McNamara writes: “the mystic is not a special kind of person; each person is a special kind of mystic.”

This new awareness and understanding of the mystics has brought mysticism into mainstream Christianity and has sparked a wave of books and conferences. More importantly, in order for Christianity to not just survive, but to also thrive and make a difference in our modern world, all Christians need to discover the mystical heartbeat that is at the foundation and center of our tradition—and alive in our souls.