What Is Oneness With God? 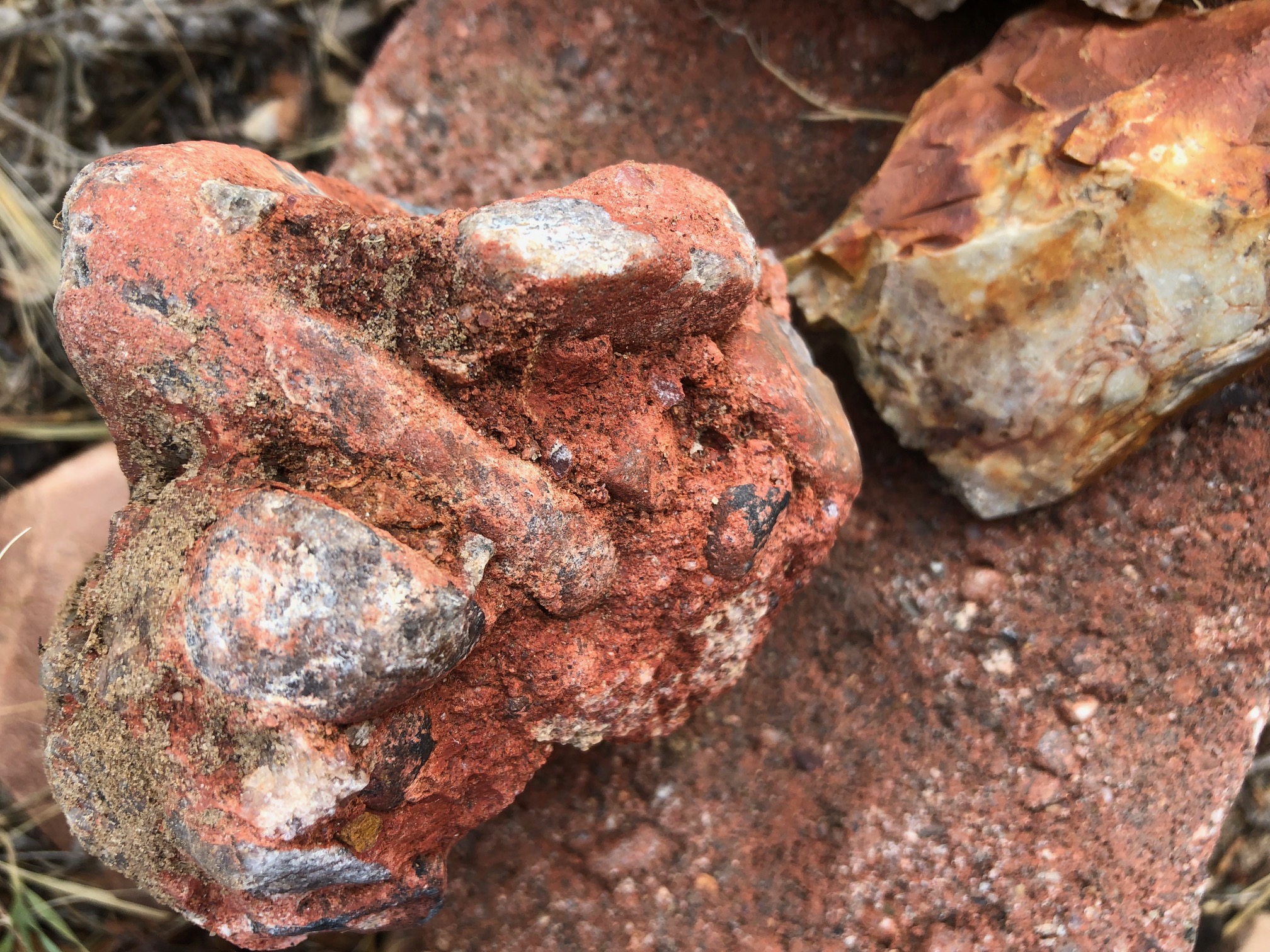 We live in a part of New Mexico that was formed by ancient volcanoes, leaving a legacy of beautiful rock formations. While hiking, we often find rocks where several colors have merged to become a part of the same rock. Rocks with streaks of red, black, white, and yellow become a beautiful metaphor for the oneness God desires for His creation, each color distinct yet part of a whole.

I love the vocabulary of my evangelical upbringing, but must admit at times it feels inadequate to express what I am feeling and experiencing. One of the advantages of reading and experiencing spirituality outside our faith tradition is the introduction to a new vocabulary and exposure to new spiritual practices. For example, oneness was not a word used in my Evangelical vocabulary, but I discovered it is frequently used in more contemplative and mystical expressions of Christianity.

We used good biblical terms like Christlikeness, having a personal relationship with Jesus, and being Christ’s disciples to convey the call to be Christians, or “little Christs.” Yet, oneness is also a biblical term and in many respects conveys a different, if not deeper meaning. My Evangelical language refers to God and Christ as “other or separate than” and oneness denotes a “same as.” And, both are true. We are not God, yet we are made in His image and likeness. My Evangelical language often portrays God more as a father and Jesus more as a friend than as Spirit that lives and moves within me. Again, both are true. The difference though is that one portrays a more outside in relationship while the other an inside out relationship. One portrays a split with God while the other conveys a union with God. One refers to a concrete relationship and the other an abstract expression of the divine mystery of the God-given Godly nature of ourselves. And, one sees us as having to find God, the other that God is already here, all about us, and within us – the very source and fulfillment of our being. This is why the mystical expressions of faith focus so much on meditation and contemplation: that we might awaken to God’s presence all about us and within us.

Oneness With All Creation

Biblical oneness speaks also to our oneness with each other and all of creation. This type of oneness was taught in the earliest expressions of Christianity but was regretfully lost along the way. The “separate than” language that emerged over the centuries created a dualistic mindset and has created the optical illusion of separateness. We set boundaries to establish individuality but what we get is isolation and alienation. We distinguish ourselves from nature and we end up exploiting the environment. We think of ourselves as separate from people who aren’t like us, and the result is racism and prejudice. Eventually, our dualism causes us to no longer distinguish that we are intimately interrelated with God and all creation, and deny ourselves unfettered participation in life with God, others, and the natural world.