Mission: Mission, vision, values and distinctives are established and agreed upon

Why Your Vision Must Reflect The Bread and Salt Issues 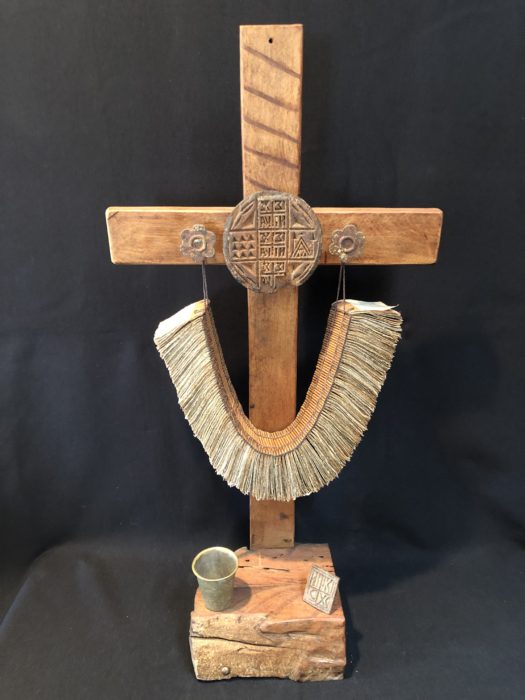 When I encounter a church or organization struggling with discovering an effective vision, I often share with them a story from the movie, Gandhi.

In the early part of his career, Mohandas Gandhi was encouraged to become involved in politics. Instead, he went on a long train journey visiting the farms and villages throughout India. There he patiently listened to the people and observed their surroundings.

Shortly after his return, a political convention was held in a large tent. The country’s top politicians were there and gave rousing speeches calling for the expulsion of the British and the move toward home rule. The audience loudly expressed their agreement and support. At the end of the program Gandhi was allowed to speak. As soon as he began to speak, people left their seats and began to wander in and out of the tent and to gather and talk in small groups.

As Gandhi continued to speak, people slowly began to return to their seats and by the conclusion of his remarks the tent was filled with people in rapt attention. Why? Because they were hearing something unusual, something meaningful, something they had never heard before. What did Gandhi say that so captured their attention and their hearts? He talked about the real India. The India that he discovered as he traveled around the countryside and listened to the people. The real India, he argued, didn’t really care about who was ruling the country. To the voters, home rule simply meant replacing British tyrants with Indian tyrants. What did the citizens care about? They were concerned with having enough bread and salt. And, Gandhi pointed out that unless the politicians understood and addressed those key issues they would never be able to successfully remove the British and lead the country. This small and unassuming man had journeyed throughout his homeland listening to and observing the people and by so doing had captured the essence of India. And, then he vocalized it in a way that the country’s leaders could feel and understand.

The Bread and Salt Issue Applies To Vision

The lesson from this story is that to be influential and effective a church or organizational vision must reflect the insights and core issues of those that are being served by the vision. The vision must express and address the issues of bread and salt. Regretfully, few pastors and CEO’s ever do so. They are hindered, in part, by being sheltered from and not listening to the people their vision is designed to serve. Isolated, insulated, and top down leaders can never succeed in motivating people towards meaningful change. Their vision and strategy documents sit on a shelf and soon become obsolete because they don’t touch on the issues of bread and salt.

Is it realistic to expect that church and organizational leaders can get in touch with the bread and salt issues of their constituency? I believe that it is not only realistic but essential. It begins with a bottom up process of asking the right questions of the right people and then listening to how they respond. A bottom up process provides organizational leaders with the input they need, along with their own insights, to develop a truly God inspired, relevant, and actionable vision. The vision can then be communicated and implemented from the top down. Because the vision is rooted in the input and involvement of the people, it resonates with them and they readily accept the vision.

A biblical example of learning from bottom up input is the story of the Jerusalem Council found in Acts 15. Read about the 8 Step Listening process the disciples followed by clicking HERE. For a list of focus group questions for bottom up input click HERE. By listening to the people they serve, leaders can discover the inner voice of their organization that will help uncover a vision that is rooted in reality and that inspires followership.

Jim Baker is a godly, servant leader who has skillfully led as an Executive Pastor. Because he understands how to communicate as well as implement effective and scalable systems and structures that provide essential ministry support for the mission of a local church, he is able to provide wise counsel to ministry leaders.