The Observer Effect On Leading Change 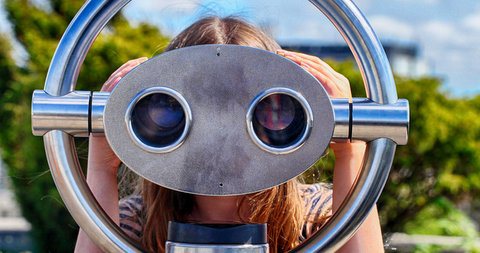 In 1927 German physicist, Werner Heisenberg, discovered the seeming impossibility of determining simultaneously the position and velocity of atomic particles.

This was due, in part, to the fact that to make observations of the particles it became necessary to use instruments that influenced the atom, or system, being measured. In time this became known as the Principle of Uncertainty or the Heisenberg Principle.

Also in the 1920’s, the Hawthorne Works Electric Plant commissioned a study to see if their workers would become more productive in higher or lower levels of light. The workers’ productivity seemed to improve when changes were made, and slumped when the study ended.

It was suggested that the productivity gain occurred as a result of the motivational effect on the workers of the attention being shown them as research subjects, rather than to an increase or decrease in levels of light.

This phenomenon whereby individuals improve or modify an aspect of their behavior in response to their awareness of being observed became known as the Hawthorne Effect.

More recently this phenomenon has been referred to as the Observer Effect, which refers to changes the act of observation will make on that being observed.

Examples of the Observer Effect

A commonplace example is checking the pressure in an automobile tire; this is difficult to do without letting out some of the air, thereby changing the pressure. When we stick a thermometer in a glass of water it will change the temperature of the water as well.

As the Hawthorne Effect shows, the observing and measuring of people has not only a physical effect but a psychological one as well. Simply put, people behave differently when they know they are being observed, measured or evaluated.

Why Many Church Change Initiatives Fail

In all too many churches change initiatives and strategic plans, even when approved and broadly accepted, are never fully realized because leaders fail to understand the power of the Observer Effect on lasting change.

There are many plausible reasons Jesus chose to send his disciples out two-by-two, but quite possibly he knew the observation and support of a partner is a powerful source of accountability. And, as a form of measurement and evaluation, Jesus most likely asked the pairs to report when they returned. Maybe Jesus knew that without observation and measurement it would be difficult for the disciples to stay the course on their missionary journeys.

Likewise in churches, without some form of consistent observation, measurement or evaluation change initiatives rarely stick and the necessary new behaviors are not established.

There are two broad categories of observation and measurement systems that a leader can establish to insure change implementation, Formal and Informal.

Formal: Some measurement systems are formal in nature, such as reporting on activity and ministry results quarterly or annually, weekly offering reports and monthly budget reviews to the Deacons, Elders and Church. In each case, knowing their ministry initiatives are being tracked and reported on will influence what church staff and volunteers do and how they do it.

Informal: Measurement systems need not be formal to be effective. A Pastor or church leader is also “measuring” each time they personally observe a ministry in action and ask questions. When a church leader observes and comments it communicates priority and staff and volunteers will respond accordingly.

A change leader should always remember that when they make an effort to measure a change initiative, formally or informally, it communicates that the initiative is important. So it is imperative that measurement systems focus primarily on high priority initiatives. Measuring low priority initiatives makes them appear more important to followers than they really are.

In summary, church leaders should measure what they want to get done, see happen or change. The maxim that best reflects that reality is, “You get what you inspect, not what you expect.”