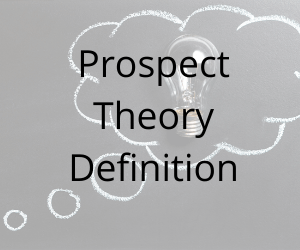 How do members actually think about major changes in the church? The “prospect theory” from behavioral economics can provide some insights. The prospect theory argues that most individuals do not weigh decisions objectively, rather, they are influenced by whether they think they have something to gain or something to lose.

For instance, in a classic experiment researchers asked one group of college students what they would be willing to pay to acquire university mugs and pens, while another group was given identical objects at the start of the study and then asked how much it would take to sell them. The students in the first group were consistently willing to pay less for the objects than the amount that students in the second group required to part with them. The insight is that losses loom larger than gains; the rewards of gaining something are smaller than the pain of losing that same thing.

What might this mean for members thinking about change in an institution as significant as the church they attend? If the prospect theory applies to churches, then members who believe that the proposed change brings them significant benefits, or who expect to benefit from its future outcomes, will support the change. Those who feel they won’t benefit from the proposed change, or who expect to lose something in the future because of the change, will oppose the change to avoid those losses. But, according to the prospect theory, this group will oppose the change more actively and fervently than those who support the change. Whether it is a Sunday schedule change, a proposed building program, or simply moving the location of a Sunday School Class, most church leaders are familiar with the tendency for naysayers to be more outspoken than supporters.

The research around the prospect theory demonstrates five things that church leaders should be mindful of when leading change:

As a church planter, I found myself in a difficult place: being strong in passion and enthusiasm, but weak in systems and structure. It was eating my lunch! Jim stepped in at just the right time and helped me realize that good management skills can be learned with a little hard work and a faithful guide. I’m thankful for Jim’s influence on my leadership and my church’s journey. I highly recommend Sacred Structures.