The Story Behind The Jesus Prayer 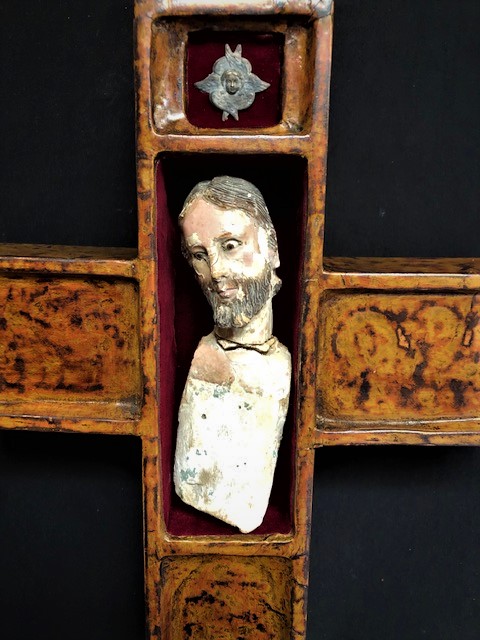 Have you heard the story of the Russian Pilgrim and the Jesus Prayer told in the “Way of the Pilgrim”? It’s a heart-warming and unforgettable story of how God brought healing and transformation to a lonely, depressed man. His amazing story begins this way:

Born From A Desire To “Pray Without Ceasing”

One day in the early 1800’s a poor young man went to a church in Russia, desperate for God. He had lost the use of his arm in a tragic accident. Then he was orphaned at an early age. Then his brother stole his inheritance. Then his wife died after just a few short years of marriage. On this day as he went to church he was homeless and alone in the world. In short, he was depressed. In church he heard a sermon on 1 Thessalonians 5:17: “Pray without ceasing.” He was drawn to such a life, but couldn’t conceive of how even to begin. How could anyone pray continuously? He decided to go on a journey and find someone who could teach him how to pray. So, he walked the countryside of Russia asking everyone he met if they knew how to pray without ceasing. But, no one did. Still, he pressed on. He knew that God had spoken to his heart in church that day.

He Meets A Monk Who Knows How To Pray Without Ceasing

He Learns How To Pray The Jesus Prayer

The monk instructs the pilgrim to pray, “Lord Jesus Christ, Son of God” as he inhales, and to imagine inhaling in the mystery of oneness with God revealed in Christ. He is told to allow the words to descend from the mouth to the throat and to the heart. And, then to exhale out the words “have mercy on me, a sinner” and to imagine exhaling out all that separates oneself from the realization of the oneness with God revealed in Christ. The pilgrim is instructed to recite the prayer continuously through the day.

He Continuously Practices The Jesus Prayer

The pilgrim walked about the countryside with the Jesus Prayer continually on his lips. Literally thousands of times a day he murmured the Jesus prayer: “Lord Jesus Christ, Son of God, have mercy on me, a sinner.” Again and again, slowly and meditatively inhaling and exhaling the words, he prayed the Jesus Prayer. Sometimes stressing a different word, at other times shortening it by inhaling “Lord Jesus” and exhaling “have mercy on me.” Or, briefer still, “Jesus” and “mercy.” Always confessing his sinfulness and crying out with longing for God. Always worshiping Jesus Christ as Lord and Savior.

Over time the prayer became a habit of the heart for the pilgrim. At one critical point in his journey the pilgrim said that the prayer woke him up, and at that moment he realized he was no longer his impoverished self that first began the quest. The prayer had healed his wounds and caused him to become a loving person, one who realized that he loved everyone he met along the road. The prayer had transformed the pilgrim from a desperate and depressed man to one full of joy and love. It had given meaning to his life and the prayer flowed through him to bless and heal others.

Can The Jesus Prayer Help You?

It is said that the anonymous pilgrim learned to pray the Jesus Prayer over 3,000 times a day! I find that hard to imagine, but I have learned that it is helpful to take an extended time of silence in the day or night to pray the Jesus Prayer dozens of times, slowly inhaling and exhaling the words. I discovered that by continuously inhaling and exhaling the Jesus Prayer, it soon became as natural as breathing. Surprisingly, I found myself praying the prayer even when I had not consciously intended to. And, most importantly, it became a way of practicing God’s presence and experiencing the peace and love of Christ throughout the day and night. Why not give it a try? It just might be something you’ll want to add to your spiritual practice tool box.