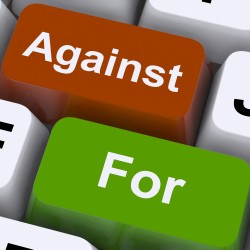 In By the Inch it is a Cinch-The Incremental Approach to Leading Change and Short Term Low Goals: A Little by Little Approach to Change we examined the advantages of starting small and making changes at a measured pace.

From the parable of the mustard seed, in Matthew 13:31, we see God’s growth plan of starting small and letting things grow over time. From the parable of the yeast and loaves, in Matthew 13:34, we see the value of growth and change at a slow but steady rate. And, Nehemiah understood the importance of small goals when he asked the people to build the wall six inches per day.

Incremental change seems like such a simple principle and practice. So why don’t church change leaders do it more frequently? Well, I have observed several reasons.

A Failure to Plan

A little by little or incremental approach to leading change requires substantial planning. The project has to be broken down into smaller steps and many leaders have difficulty in sequentially and systematically thinking through the various parts of a process.

Such leaders would benefit by surrounding themselves with people who are naturally gifted in seeing and thinking in systems and processes.

A Lack of Time

Many if not most of the church leaders I know are impatient and in a hurry. When they see a needed change they want it to happen yesterday. And, they don’t like the idea of slowing down and implementing change incrementally so they force rapid change on their churches.

Unfortunately, such leaders often fail to see the details, implications and potential problems and their churches get caught up in the wake and turbulence of their speed boat approach to change.

A respected mentor and successful business executive once told me that the greatest barrier to change he saw in the life of leaders was having the courage to act. Church leaders often know the changes that are needed but are afraid to act. I can remember plenty of times that I failed to initiate needed change because of fear that the change wouldn’t be popular, fear of failure and the risk of loss of reputation.

In the face of such fears church leaders often find it easier to play it politically safe than speaking up and facing the risks associated with initiating change. By not leading change when the situation warrants, they guarantee long term failure. Sometimes, the biggest long term risks we take are in not taking the current risk we face.

Let’s face it, most of us like the recognition that comes with introducing a dramatic change. Yet, most leaders would see the same dramatic changes over a number of years if they approached change in small steps. Why don’t they? Pride!

They want a legacy of spectacular programs and home run ideas, and working with a team to accomplish smaller results over an extended period of time that draws little fanfare is not appealing to them.

Most church leaders have a full plate, much more than they can hope to accomplish on any given day. They struggle just to keep up. The idea of undertaking a time consuming change process feels daunting and overwhelming.

Unwittingly though, because of their procrastination in implementing change incrementally, they soon find themselves responding to crisis situations where big changes have to be tried immediately and quickly.

Getting started is often half the battle, and that is easier to do with short term goals and incremental steps.

As a former NFL coach, current President/CEO of the Fellowship of Christian Athletes and a member of Brentwood Baptist Church, I’ve experienced Jim’s impressive giftedness in organizational structure through the seamless and smooth operation of a large church with many missional expressions. Jim Baker’s Sacred Structures offers invaluable resources and wisdom in organizational management and leadership for ministry leaders in churches and ministries both large and small. He is the guy that gets the team on the bus and ready to play.  Take advantage of his “playbook”…it’s a win-win!